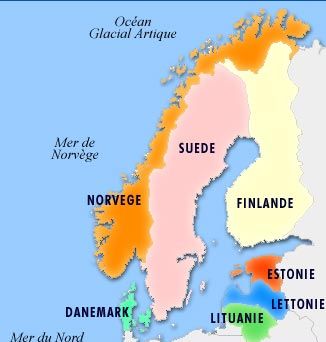 ASL HAGFORS AERO AB.
Marketed a certificated version of the Highlander (q.v.), as the Opus 280

FFVS see above
On January 1,1941 the Air Board of the Royal Swedish Air Force instituted Flygforvaitningens Verkstad and its own design, which became the FFVS J-22 fighter, first flown September 1942. Subcontracted program with final assembly at Air Board Workshops, Ulvsunda; the first of more than 200 was delivered September 1,1943.

GOTAVERKEN
Shipbuilding company, opened an aircraft department for license-construction of Hawker aircraft for Swedish government. Received order for Hart biplanes powered by Swedish-built Pegasus engines in 1935. Subsequently built a few light aircraft of its own design, most notably the GV.38 high-wing monoplane.

Svenska Aeroplane AB founded at Trollhatan 1937 to develop and build military aircraft. In 1939 amalgamated with Aircraft Division of Svenska Jarnvagsverkstaderna (q.v.) and moved main establishment to Linkoping. From 1950 acquired other important facilities, including underground factory at Linkoping. Name changed to Saab Aktiebolag May 1965; Malmo Flygindustri (q.v.) became a subsidiary in 1967; in 1968

First airplanes were license-built Junkers Ju 86K twin-engined bombers, Northrop-Douglas dive-bombers and North American trainers. First own-design production aircraft was Saab 17 dive-bomber of 1940, used widely and 60 delivered to Ethiopia from 1947. Saab 18 was twin-engined bomber of 1942, some late examples of which had ejection seats. Saab 21A of 1943 was piston-engined single-seat fighter, and 21 -R was jet development of the same aircraft. Saab 29

was the so-called "flying barrel" swept-wing jet fighter, in production until 1956, while Saab 32 Lansen of 1952 was swept-wing fighter/attack/reconnaissance two-seater. Saab 35 Draken "double-delta" fighter appeared in 1955, and a squadron remained active as interceptors until 1999. Saab 105 of 1963, a twin-jet light side-by-side two-seater armed multipurpose aircraft, still in use as a trainer in 1999; Swedish Air Force aircraft have just undergone an upgrade with new engines and thus redesignated Sk 60W. Saab 37 Viggen multirole combat aircraft, first flown February 1967, has foreplane and delta wings, and with its STOL capability remains a very potent weapon system. Produced for service between 1971 and 1990, it has been continuously upgraded; redelivered in latest upgraded form 1998 for continued service in JA 37 interceptor and AJS 37 attack/interceptor/maritime-reconnaissance variants. Latest combat aircraft is Saab AB Gripen JAS 39 Gripen, first flown December 1988 and taken into Swedish Air Force service from 1996. Grippen is the world's first combat aircraft of the new-generation type and the first to combine the roles of interceptor, attack, and reconnaissance in a single aircraft (all as primary roles) by the adoption of push-button control to select the required function in the computer programs of the totally integrated avionics suite.

in July 1969) and its military Supporter development (first flown 1972). In production until 1999 has been the Saab 340 turboprop regional transport (first flown January 1983, and finally produced in 340B and BPIus variants with accommodation for up to 37 passengers) and the Saab 2000 50/58-seat turboprop regional airliner (first flown March 1992). Saab has also developed an airborne early warning and control variant of the 340B airliner as the S100B Argus (first flight of AEW&C prototype with overfuseiage radar July 1994), plus a search-and-rescue variant for the Japanese Maritime Safety Agency as the SAR-200 (delivered 1997).