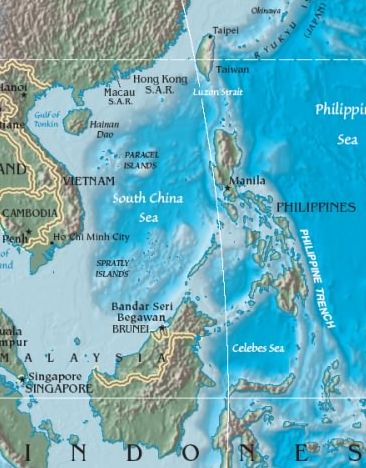 NATIONAL AERO MANUFACTURING CORPORATION
Until 1982 a subsidiary of the Philippines Aerospace Development Corporation (q.v.), which began assembly and license-manufacture of MBB (q.v.) BO 105 helicopters in 1974. Later that year a contract was signed with Britten- Norman (q.v.) for the assembly and eventual manufacture of the BN-2A Islander, and for the development and marketing of an amphibious version. Assembly of Islanders began in 1976 from sets of parts from the U.K.. In 1978 a four-seat utility aircraft was developed in conjunction with the Philippine Government's National Sciences Development Board. 1982 closure.

WESTERN PACIFIC AVIATION CORPORATION
Manufactures to order a version of the Skystar Kitfox, known as Skyfox.

These volunteers were then assigned to Fort Stotsenburg as part of the Artillery Corps of the Philippine National Guard. After the War, the National Guard was disbanded. Surplus materiel from the war were also sold to the Philippine Militia Commission (PMC). Now equipped with aircraft, the PMC commissioned the Curtiss School of Aviation to provide flight training to 33 students at Camp Claudio in Parañaque. These were composed of ten Philippine Constabulary officers and 23 recruits from the National Guard. On April 26, 1920, Lieutenant Leoncio Malinao became the first locally-trained Filipino military pilot to go on a solo flight.

On July 7, 1920, the Council of State established the Philippine Air Service, which was tasked to provide air mail and passenger flights between Manila, Cebu, Iloilo, and Zamboanga. In 1921, the Service was forced to shut down due to lack of funds.

Up until the beginning of the Pacific War, the Army Air Corps focused on training pilots as well as acquriing aircraft and facilities. The Air Corps's instructors were also tasked to train both Filipino and American pilots. A prominent student was Lieutenant Colonel Dwight D. Eisenhower, who took flying lessons, while serving a tour of duty as part of General Douglas MacArthur's staff.