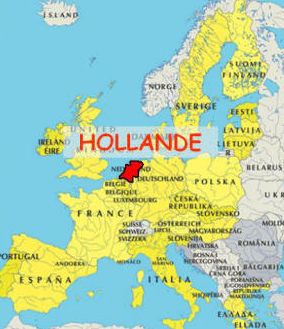 DE SCHELDTE
This Dordrecht company, N.V. Koninklijke Maatschappij De Scheldte, the aircraft division of a shipping organization, was formed in 1935. It took over the designs of Pander and Zonen (q.v.) when that company went out of business in 1934. Occupied up to 1940 in design and construction of lightweight biplanes. The Scheldemusch was the first production light aircraft with a steerable nosewheel. After 1945 began glider construction and Dakota conversion. In 1951 acquired license for production of Saab Safir

HOLLANDAIR TB
Formed as an aeronautical trading concern in 1956 specialising in the overhaul of aircraft and engines. One example only of the Hollandair HA-001 Libel (Dragonfly) single-seat agricultural aircraft was built in 1957.

KOOLHOVEN, FREDERICK
Koolhoven (1886-1945) designed, built and flew his first aircraft in 1910, but was later well known in the U.K. for his Deperdussin, Armstrong Whitworth (British Deperdussin Company Ltd. en Angleterre.)  and BAT associations. After the Armistice he returned to the Netherlands, and for the NV Nationale Vliegtuigindustrie designed the F.K.31 two-seat fighter-reconnaissance monoplane (1922). In 1926 he became a consultant engineer at The Hague; then designed several aircraft, including the F.K.41 threeseat cabin monoplane. In 1934 the NV Koolhoven Vlietuigen was formed, by which time it was claimed that 51 F.K. types had been produced. More followed, including the F.K.52, an outstanding two-seat fighter biplane with cantilever undercarriage, and the F.K.58 single-seat fighter monoplane, ordered in quantity by France.

NATIONALE VLIEGTUIGINDUSTRIE
Established after First World War at 's-Gravenhage, this new company acquired as designer the well-known Frederick Koolhoven (q.v.). His designs for the company included the F.K.23A, a single-seat biplane fighter; F.K.29

NEDERLANDSE HELICOPTER INDUSTRIE NV
This company designed and built the NHI-H3 Kolibrie light helicopter which first flew in May 1956. For propulsion the Kolibrie employed ramjets mounted at the tips of its rotor blades. Ten helicopters were built before production rights were handed overtoAviolanda Maatschappij voor Vliegtuigbouw (q.v.), which subsequently abandoned it

Pander & Son  was a Dutch aircraft company based in The Hague, founded by Harmen Pander and his son Henk Pander.

REKKOF RESTART
Company formed with intention of restarting production of the Fokker 50 and 100, having bought tooling and rented the production factory in 1998. See Fokker.
http://www.rekkof.nl/