AEROSTAR SA
Formed out of lAv Bacau (q.v.) in 1991. Continues to produce the Yak-52 and air engines. With Elbit of Israel offers MiG-21 fighter upgrade as the Lancer, as used in Romanian Air Force MiG-21 s (first flown in August 1995)

IAR-SA BRASOV
Current name (since 1991) for reequipped IAR works at Brasov, created from ICA Brasov and with lineage also in URMV-3, Sovromtractor, and Regia Autonoma Industria Aeronautica Romana (q.v. all). Has built Aerospatiale Alouette helicopter as IAR 316B (280), Russian Ka-126 helicopter, and French Puma helicopter (as IAR 330L Puma) under license, with Puma 2000 upgraded IAR 330L model currently offered with more engine power, Hellfire antiarmor missiles and advanced avionics among changes. Has agreement with Eurocopter to construct up to 80 AS 350BA and AS 355N helicopters. Made agreement with Bell Helicopter Textron of U.S.A. to license build 96 AH- 1W SuperCobra attack helicopters for the Romanian armed forces as AH-1RO Draculas, with Bell taking a majority shareholding in the privatizing company as part of the agreement. Kraiova works to license-manufacture Russian Beriev Be-32K. Own products include IAR 46 two-seat lightplane (first flown 1993), IAR-35 glider, and IS-28 series of gliders/motorgliders. 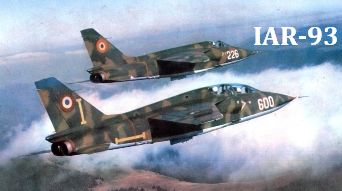 (IAR) (+ wiki)  (now IAR S.A. Brasov) is a Romanian aerospace manufacturer founded in 1925. Based in Ghimbav, near Braşov, Romania, the company employs around 1200 specialists including more than 170 engineers. It carries out upgrades, revisions, and overhauls on helicopters and light aircraft.
In order to ensure that the Royal Romanian Air Force (the 'Aeronautica Regală Română, or ARR) could continue to be supplied with aircraft in time of war, the government subsidized the creation of three major aircraft manufacturers in the 1920s and 1930s. The first was Societatea pentru Exploatări Tehnice (SET) which was formed in Bucharest in 1923. Next came IAR, which set up shop in Braşov in 1925. Finally there was Întreprinderea de Construcţii Aeronautice Româneşti (ICAR), which was founded in Bucharest in 1932.
One of the engineers designing IAR aircraft in the early 1930s was Elie Carafoli.
During World War II the IAR 80 and IAR 81 fighter aircraft were designed and produced at IAR facilities.
Today IAR is the sole Romanian manufacturer of helicopters for both military and commercial customers[citation needed]. Since 1968, IAR has produced more than 370 helicopters (IAR 316 and IAR 330), 830 gliders, including motor gliders, and 140 aircraft.

ICA BRASOV
Intreprinderea de Constructii Aeronautice was the Brasov unit of the Centrala Industrial Aeronautica Romana (q.v.), formed by reorganization of the national aircraft industry in 1968. Undertook repair and overhaul of light aircraft; built aircraft of its own design, such as the IAR-824 sixseat general-purpose light aircraft and IS-28/IS-29 sailplanes, manufactured Aerospatiale SA 316B Alouette III helicopters under license, participated in license-construction of the Britten-Norman BN-2A Islander and carried out series production of nationally designed aircraft. Name changed to IAR-SA Brasov (q.v.) in 1991

IRMA
Intreprinderea de Reparat Material Aeronautice was the Bucharest unit of the Centrala Industrial Aeronautica Romana (q.v.), formed by reorganization of the national aircraft industry in 1968. Specialised in the repair and overhaul of aircraft and engines for Tarom and other airlines, and manufactured under license the Britten-Norman BN-2A Islander. Became lAv Bucuresti (q.v.).

lAv BACAU
Founded 1953 as a repair factory. First flew its version of the Soviet Yakovlev Yak-52 trainer in 1978, and assisted in other Romanian programs, plus aero engines. Became Aerostar SA (q.v.) in 1991


REGIA AUTONOMA INDUSTRIA AERONAUTICA ROMANA
1940-45 name for IAR (q.v.), state-owned under the Ministries of War and Marine, but becoming part of Sovromtractor (q.v.) under partial Soviet control from 1946

ROMAERO
With a lineage that can be traced to 1920 (via companies including IRMA and lAv Bucuresti), this company assembled from British-supplied kits nine BAC One-Eleven airliners as 1 -11 s, the first appearing in 1982. Current work, in 1999, includes the manufacture of Britten-Norman BN2 Islanders (some 500 produced over 30 years) and the production of subassembles for Boeing and Galaxy Aerospace. In January 1999 Britten-Norman of the U.K. received approval from the Board of Directors of Romania's State Ownership Fund for its tender offer to acquire Romaero?