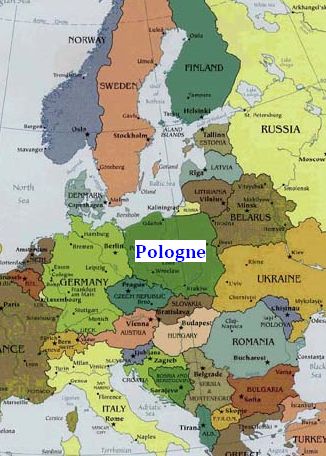 DOSWIADCZALNE WARSZTATY LOTNICZE
Founded in Warsaw in 1933 to take over assets and liabilities of RWD, the aeronautical section of Warsaw Technical High School, which had been building to the designs of Rogalski, Wigura and Drzwiecki, initially in the school workshops, later those of the government. Production continued under the RWD name until 1939.

INSTYTUT LOTNICTWA
Origins in 1926. Undertakes research, development, and testing of aircraft, aero engines, materials, and instruments/ avionics. Proposed the Kobra 2000 in 1993 for airto- ground combat operations in the next century, but abandoned. Flew the prototype I-23 four-seat lightplane in October 1998, for deliveries from 1999, and was expected to fly its new IS-2 two-seat light helicopter prototype in 1999.

OSRODEK KONSTRUCKCJI LOTNICZYCH
Formed 1957 by the Polish Minister of Heavy Industry, to take over all design activities formerly conducted by the Polish Aviation Institute. First design was the MD-12 four-engined feederliner/photo-survey aircraft, which flew in 1962. A developed version of Russian Yak-12, known as the PZL-101 Gawron (Rook), has been produced in quantity for agricultural and air-ambulance duties. Now superseded by the PZL-104 Wilga (Thrush), which is offered for agricultural, air-ambulance, transport, glider-tug and parachute roles, and has been widely exported. License production is under way in Indonesia. Deliveries of the TS-11 Iskra (Spark) two-seat aerobatic jet trainer to the Polish Air Force began in 1963. (See also Panstwowe Zaklady Lotnicze.)


PZL "WARSZAWA-OKECIE" SA
Current name for the original 1928 factory. In 1995 became a stock company owned by the Polish Ministry of Industry and Trade. Most activities centre on agricultural aircraft and lightplanes, but production includes the PZL- 130 Orlik aerobatic trainer which first flew in October 1984 and is used by the Polish Air Force. Short take-off PZL- 104 Wilga (first flown 1962) remains in production in several versions, including the Wilga 35, Wilga 80, and latest and refined PZL-104M Wilga 2000 with modified wings, new fuel tanks, increased take-off weight, U.S. avionics and, as for Wilga 80-550, a U.S. instead of Polish engine. PZL-105L Flaming first flew in 1989 as a Wilga replacement with a larger cabin and other improvements, but development has been halted at present in favor of Wilga 2000. PZL-106 Kruk agricultural aircraft first flew in 1973, with the current PZL-106BTTurbo-Kruk appearing in 1985. A new agricultural aircraft and waterbomber, the PZL-240 Pelikan biplane, is being developed. Also produces the PZL-110 (first flown 1978) and PZL-111 Koliber lightplanes originally based on the Socata Rallye, and has most recently developed the PZL-112 Koliber Junior side-byside two-seat trainer (first flight expected 1999).

PZL-SWIDNIK SA
One of three separate PZL organizations, currently undertaking helicopter production and development. Origins in 1951, manufacturing components for LiM-1 fighters (Polish version of MiG-15). First helicopter production was SM-1 (Mil Mi-1), of which huge numbers were completed, followed by SM-2. Mil Mi-2 was first flown in Soviet Union in September 1961 as twin-turboshaft helicopter, but all production transferred to Poland in 1964, allowing first Polish-built Mi-2 to fly in November 1965; production lasted until 1996, after 5,450 had been built in a large number of variants for civil and military roles. Kania first flown June 1979 as modernized development of Mi-2 using U.S. Allison turboshaft engines and AlliedSignal Bendix/King avionics, but only some 13 built to date. W- 3 Sokol first flown November 1979 as 12-passenger civil/military intermediate multipurpose helicopter with twin turboshafts, of which well over 100 built to date and some exported; many variants, Polish armed forces versions including W-3RM Anakonda for air/sea rescue, and W-3W Sokol and similar W-3WA each with 23 mm cannon and outriggers for missiles, rockets and other weapons; SW- 5 is anticipated development of W-3 using French avionics. S-1W Huzar antiarmor and attack helicopter expected to fly 1999 and be built for the Polish armed forces; based on W-3 design. Four/five-seat SW-4 light utility single-turboshaft helicopter first flew October 1996.

PLAGE ILASKIEWICZ
Engineering firm which formed an aviation department in 1920. Poland's first aircraft manufacturer, it was based at Lublin and built the Ansaldo Ballila, A-300 and Potez 25 under license. Subsequently built series of indigenous designs such as the Lublin R-VIII reconnaissance biplane, R-XI five-passenger monoplane. Ceased production following German occupation in 1940.