When Wilbur Wright came to Europe with his Flyer biplane, the King of Spain, Alfonso XIII, was one of his visitors at Pau in February 1909. 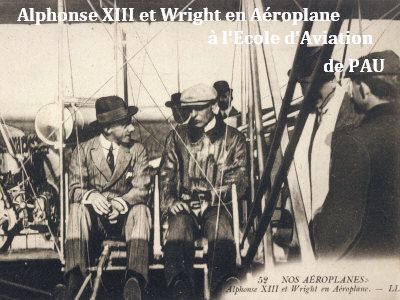 AERO-DIFUSION SL
Registered as a company at Santander to manufacture, overhaul, and repair aircraft. As an experiment in 1954 built a Jodel lightplane; under name Popuplane made license-built versions of Jodel D.112 and D.119, and under new management made a refined version of the Aero- Difusion Jodel D.1190S which was called the Compostela

AERO-JEAN SA
Produces kits to build the AJ.1/RF-5 Serrania, a variant of the French Fournier RF-5

AERONAUTICA MILITAR ESPANOLA
Established at Cuatro Vientos, near Madrid, headquarters of the Spanish Military Air Service. Had its own workshops and laboratory and before 1931 was said to have produced several types of aircraft. 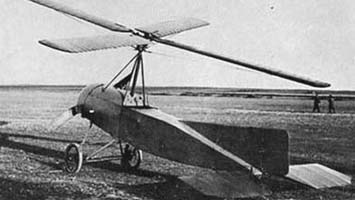 DORNIER
Oficinas Tecnicas Dornier was set up after the Second World War by Dr. Claude Dornier. First designed the Do 25, from which the very successful Do 27 STOL aircraft was built. Spanish Company Construcciones Aeronauticas SA (q.v.) produced 50 of these.

HISPANO AVIACION
La Hispano Aviacion SA manufactured the Fiat CR.32 biplane fighter as the HA-132-1 Chirri between 1938- 1942. In 1943 the company received a contract to build the Messerschmitt Bf 109G under license for the Spanish Air Force. Designated Hispano HA-1109, it was powered initially by a Hispano-Suiza HS-12Z engine and later, in HA-1109/1110 Buchon variants, by the Rolls-Royce Merlin. An indigenous HA-43D-1 advanced two-seat military trainer went into production for the Spanish Air Force in 1947, followed in 1953 by the HA-1 OOEI replacement, with tricycle landing gear, designed by Willy Messerschmitt. Messerschmitt also supervised design of the HA-200 Saeta jet trainer, which first flew in 1955 and which was later developed as the HA-220 Super Saeta single-seat light ground-attack aircraft. Hispano merged with Construcciones Aeronauticas SA (q.v.) in 1972.

IBERAVIA
This company, established in 1946, began the development of aircraft in 1948. A two-seat training glider, the IP- 2, was designed, but construction was undertaken byAISA (q.v.). Designed and built in 1950 the 1-11 two-seat lightweight training/sporting aircraft, followed by the 1-115 basic trainer. Was involved in helicopter design when the company was taken over by AISA.

JUNKERS
Avions Metalicos Junkers was founded at Madrid in 1923 to provide facilities for the construction of Junkers aircraft in Spain. A two-seat all-metal monoplane was in production in 1924.