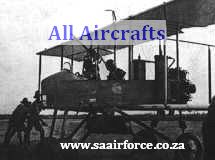 
DENEL AVIATION
Earlier Denel (Pty.) Ltd. encompassed Atlas Aviation (q.v.) and Simera (q.v.) as divisions of its Aerospace Group. Took present name in April 1996 after merging Atlas and Simera, with new subdivisions created as Tactical Aircraft Support, Transport Aircraft Support, Aircraft Manufacturing and Airmotive. Cooperating with DaimlerChrysler (q.v.) of Germany on AT-2000 Mako program. Cooperates with Aerospatiale of France on aircraft and missiles. Full range of maintenance, repair, and modification facilities, plus component manufacturing. Continuing programs of former Atlas include Cheetah C and D fighter conversion of Mirage III, development and production of AH-2A Rooivalk antiarmour/ attack helicopter (first flown February 1990 and for delivery from 1999), development of the Cirstel (Combined Infra-Red Suppression and Tail rotor Elimination system) tail-rotorless conversion of an Alouette helicopter as a technology demonstrator (first flown 1998), development and production of a variant of the SA 330 Puma helicopter as the Oryx, and development of a modular weapon suite for the Puma helicopter to convert it into a gunship.

ROTOCRAFT SA (PTY) LTD.
Founded in 1953 to develop the Minicopter single-seat light autogyro, prototype of which was designed and built by Mr. L. L. Strydom and flown in 1962. Several were built for South African customers

THE EARLY BIRDS OF AVIATION, Inc. An organization of pioneers who flew solo before December 17, 1916